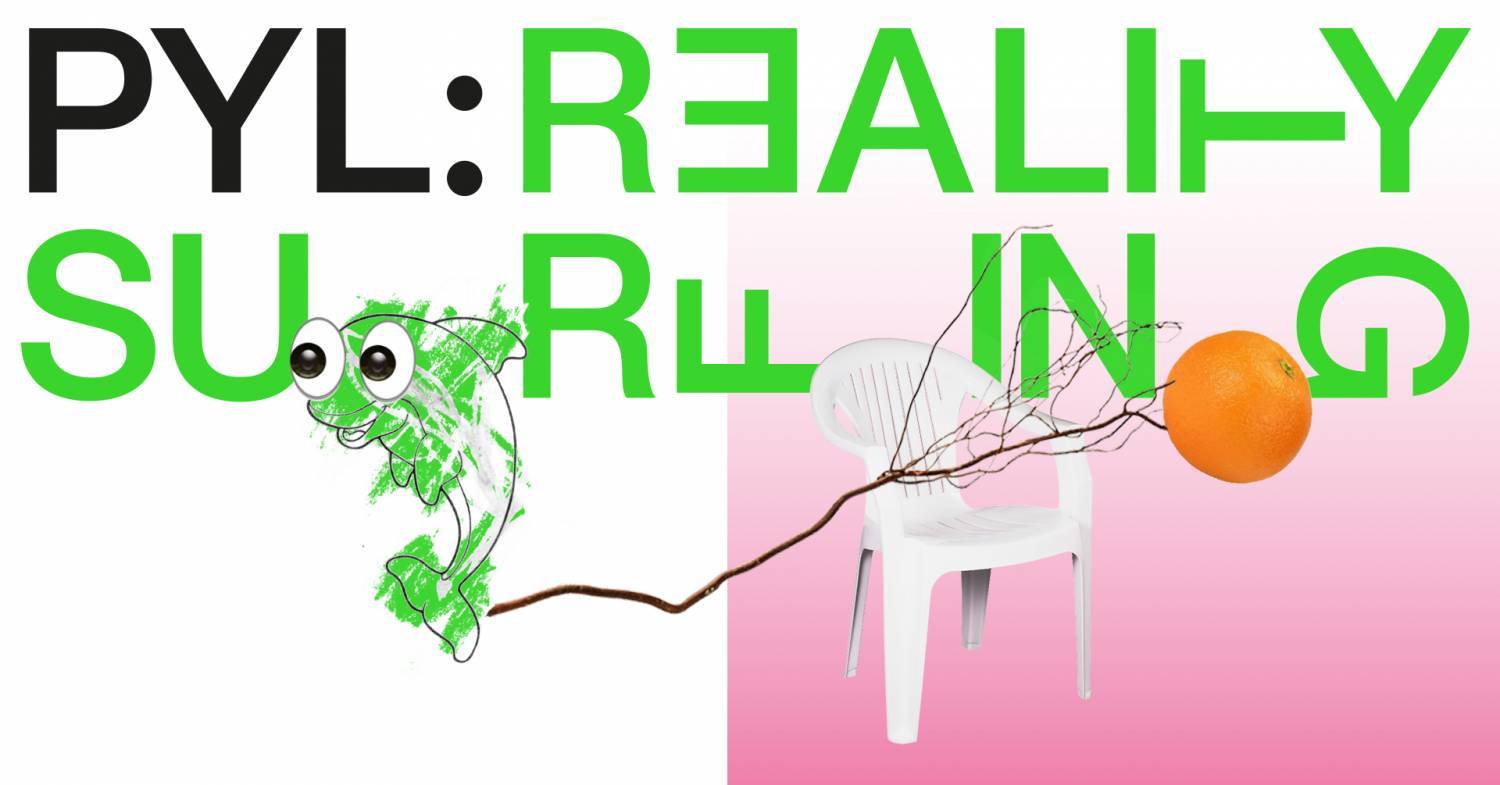 Two showings of Reality Surfing performance will be held on the same day. Once as a physical event for an audience in OC Dornych, Brno, and the second one as an online adaptation created by PYL collective in collaboration with an intermedia artist, performer and curator Michal Kindernay.

Reality Surfing is non-narrative visual performance, which proposes to the audience to experience an alternative model of coexistence of people and inanimate entities. It discovers new relations between daily objects through their materiality and presence in one space, which gain an equivalent value as presence of a human body. Scenography of the piece comprises a system which exists and functions according to its own rights. It serves and requires a service; it absorbs and triggers; it’s geometry is meaningless as well as a feeling of destruction. The authors invite a spectator/ visitor to forget about rational logic and surf into a new reality composed in collaboration with sponges, oranges, machines, ghosts and other unexpected species.

Each of us assemble our own small worlds with the available things and knowledge, using random fragments of reality as stones for building the wall against the wind. When the wall falls, we find ourselves in a vapour landscape which unites collapsed pieces into the new creature. Where we can surf from the cardboard box to the dolphin’s fin by accepting the terms and conditions. Where are moments of entropy and freedom, no matter if we are locked up, locked down or just among ourselves and our surroundings.

The project is a collaboration between MOTUS - Alfred ve dvoře and Terén.
More about the project: https://jasuteren.cz/en/archiv/pyl-reality-surfing

PYL is an international collective of artists who devise together in the field of postdramatic theatre, visual arts, sound and intermedia. Their practice explores the borders of anthropocentric perception in a dialog with objects and ironic attempts to grasp nonhuman agency. Through application of DIY methods, recycling and compilation principles, the group develops its own visual language, which extends the meanings of scenography far beyond the theatre stage. Their works shift cultural codes, contexts and origins of regular things, while transforming objects to beings and beings to objects. Sensitivity towards the dailiness, sharing moments and personal experiences in non-linear and playful ways transmit on the group's associative approach on coworking process.

Michal Kindernay is an intermedia artist, curator and performer. His audio-visual installations interconnect art, film, technology and science. He reflects ecological issues through various technological approaches in relation to nature environment. His works include video performances, interactive installations or experimental documentary projects or sound compositions. He is one of the founders or yo-yo non profit culture organization and initiator or RurArtMap project. He was one of the curators of Školská 28 gallery in Prague. He teaches in Prague College – MA Fine Art and in Centre of Audiovisual Studies in Film and TV School of Academy of Performing Arts (creative modules). As an organizer or artist he was involved in many international projects. He works and lives in Prague.