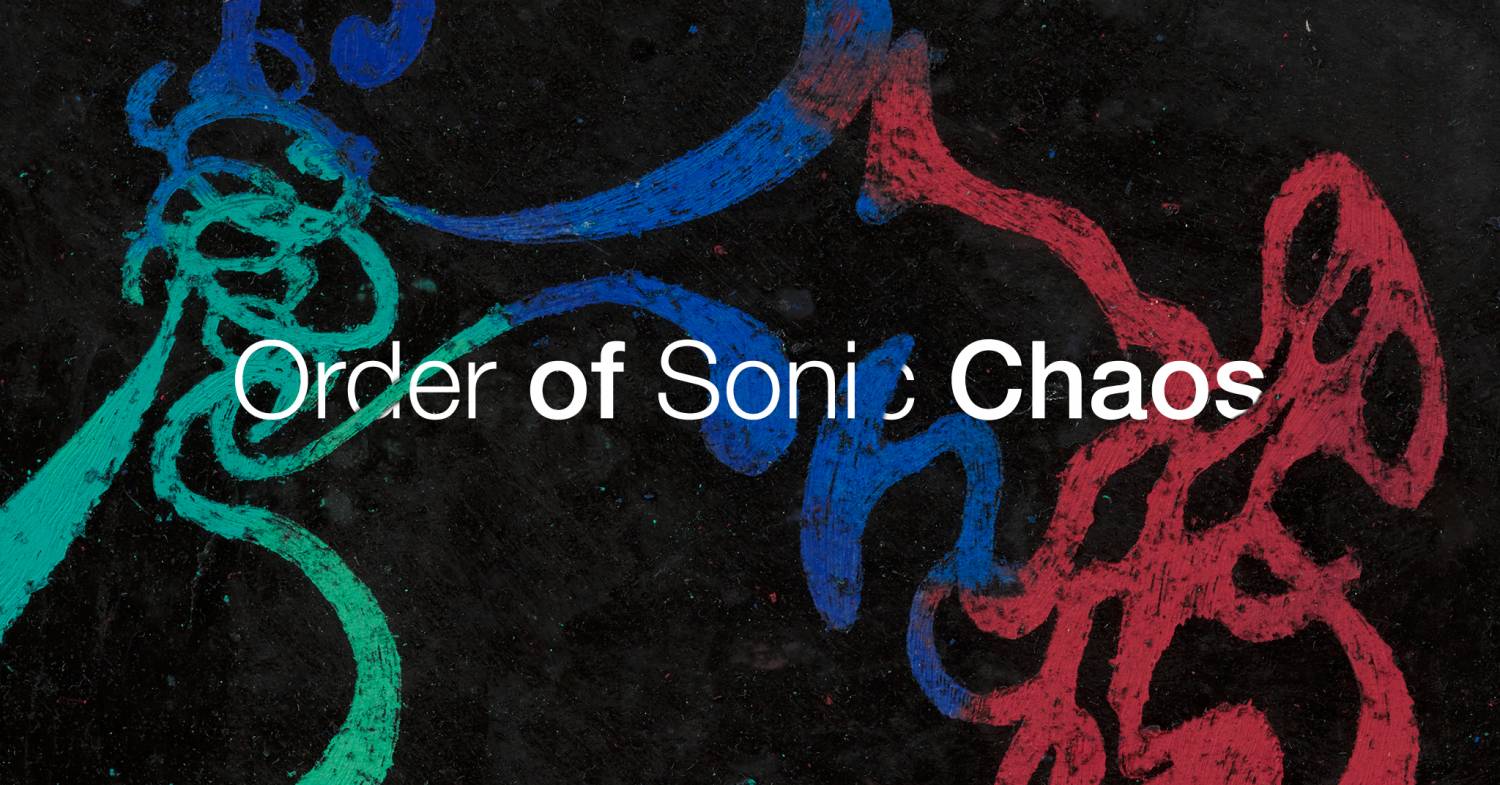 A three-part site-specific sound and visual art project in the catacombs of the Centre for Experimental Theatre.

Order of Sonic Chaos is a one-off project by Terén in the curatorial conception of the sound artist Jonáš Gruska, which opens the catacombs of the Centre for Experimental Theatre (CED) underneath Zelný trh in Brno to the public. The ongoing month-long program consists of three parts, which are prepared by local and international artists and collectives. Each part will offer temporary audiovisual installations which will be accessible during the daytime opening hours, music performances, meetings with the authors, and guided tours.

The interdisciplinary profile of the program interconnects music, sound and visual arts, and performance art. The visiting artists are creating new works specifically for the unique space of the catacombs which will temporarily become a laboratory art space. The artistic team is meeting in the underground space to explore the psychoacoustic attributes of sound, and the physical limits and resonance properties of the human body; the use of music during rituals and religious ceremonies, and the possibility of connecting occultism, music, and sound as a means of communication, meditation and spiritual work.

The Order of Sonic Chaos project is a follow-up to the eponymous event which has already taken place at the ZVUK festival (Bratislava), MoE (Vienna), Rumiště (Brno), Silent night (Prague), as well as the long-term activities of Terén in the catacombs of CED. They have been holding yearly site-specific projects in this unique space, relating to its physical, esthetic, and historical contexts. In 2021, an exhibition project under the title Spooky Butt – prepared by the curatorial duo Daniel Hüttler and Šimon Kadlčák – took place there.

Jonáš Gruska (SK)
jonasgru.sk
Jonáš Gruska studied at the Institute of Sonology in The Hague and at the Academy of Music in Kraków. Since 2009, he has been involved in field recordings and experimental music with a focus on chaotic and polymetric generative compositions, unconventional tuning, and research of the psychoacoustic attributes of spaces. He has created a number of site-specific sound installations utilizing the resonance properties of spaces and objects. As a lecturer, he has led workshops on sonification, field recordings, electromagnetic listening, and programming for artists.
In 2010, he founded LOM – an experimental music label and a brand of nontraditional instruments and microphones. Since 2013, he has organized ZVUK, an outdoor micro-festival in abandoned spaces around Bratislava. In 2018, he opened LOM SPACE, with a community library and rental of recording equipment. In 2019, he founded bioLOM, a platform focused on mycology, lichenology, fermented food, and edible seaweed. As part of bioLOM, he opened a laboratory devoted to the cultivation of mushrooms, their mapping, and DIY scientific research. The mykoLOM festival was created as part of bioLOM’s activities.

MSHR (Birch Cooper, Brenna Murphy) (US)
mshr.info
Art collective that builds and explores sculptural electronic systems. Their practice is a self-transforming entity with its outputs patched into its inputs, expressing its form through interactive installations and live improvisations. They use digital chip conglomerates run as analog circuits and open-source software to sculpt resonant audiovisual shapes and environments. MSHR was established in 2011 by Brenna Murphy and Birch Cooper. Their name is a modular acronym, designed to hold varied ideas over time, most recently Material Sentience Habitat Ring.

Jakub Hájek, František Hanousek
artviewer.org/jakub-hajek-frantisek-hanousek-at-holesovicka-sachta
Visual artist duo working with a wide array of tools of expression in a range of nondigital materials, with a mixture of various components which, in their rendition, weave together and hybridize ad absurdum. Their practice lies in the methodical parody of technology, reflexive child’s play, museological parafiction, material event as an injection of their personal history. They have taken part in residencies at C. Rockefeller Center for Contemporary Arts in Dresden, at FSC in Copenhagen, at the Dálava road-space in Prague, and at the 42nd MMS in Moravany nad Váhom. As part of collective exhibitions, they were included in the Wasting Around show: Tradition in Verses at the Bistro 21 Gallery in Leipzig; their work has also been on display in other galleries, e.g., Futura, A.M. 180, Meetfactory, Výstavní síň Hrob, or with PGS Collective and Essenza Club.

Natálie Pleváková
test.natalieplevakova.cz/
Music composer and sound artist living and working in Prague. In 2018, she finished her studies of Multimedia composition at JAMU in Brno; a year before that, she graduated from Masaryk University (Department of Musicology) with her work mapping education of electronic music in the Czech Republic. Her work focuses on the exploration of the sound narrative as a compositional strategy of electronic music in a post-digital context. She creates autonomous compositions with multimedia overlaps; her other focus is theatre and audiovisual work.