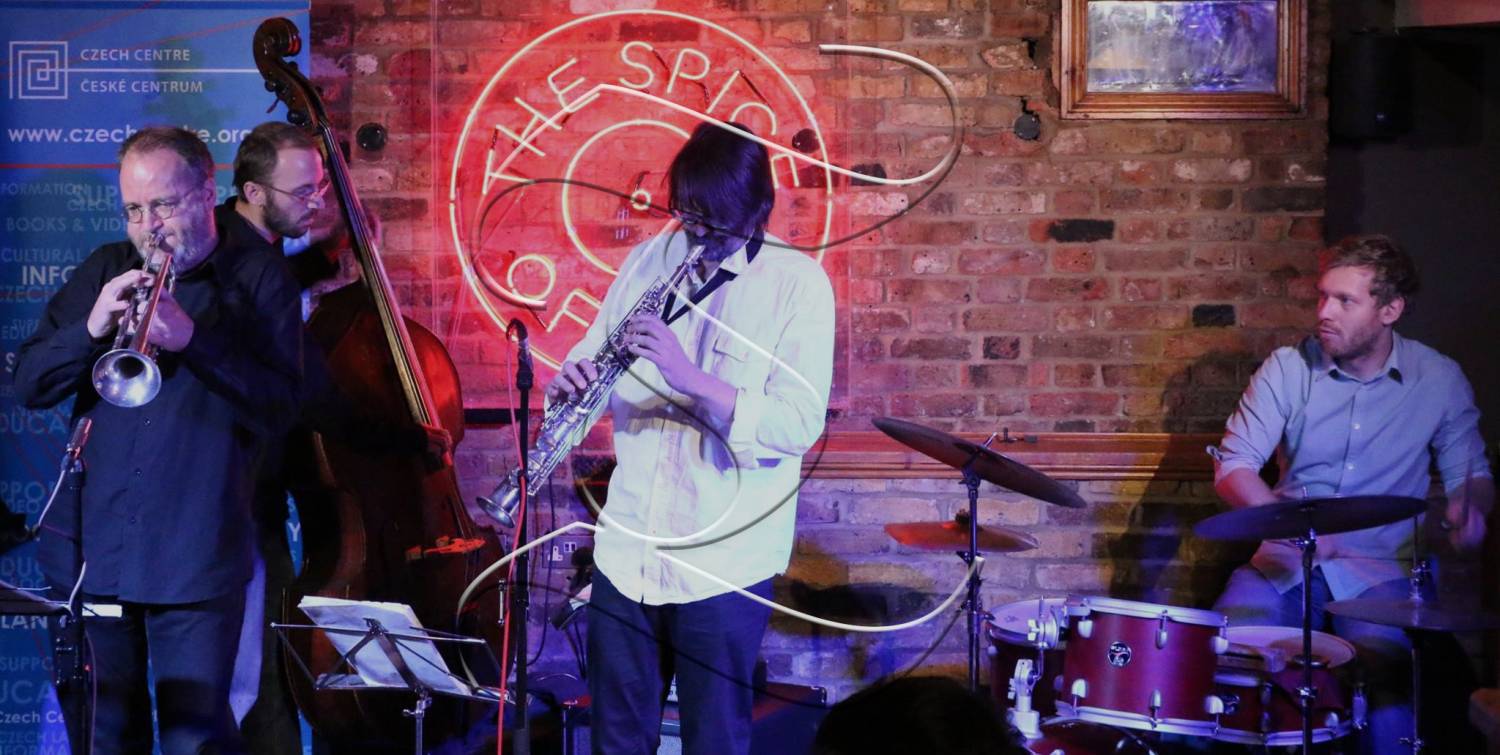 Terén invites you to a jazz evening at the Cellar Stage, performed by the NOCZ Quartet & musician Tomáš Vtípil.

Musicians from the avant-garde jazz Norwegian-Czech formation NOCZ and Brno-based performer and noise maker Tomáš Vtípil have met on the same stage several times before. In one evening you can experience a solo concert by Vtípil, the NOCZ quartet and their performance together.

The leader of this Norwegian-Czech formation is trumpeter and composer Didrik Ingvaldsen. He has worked simultaneously in the experimental jazz scenes in Norway, Berlin and New York, has released two dozen albums of his own music, and has written many compositions for various ensembles, from duets to symphony orchestras. Originally from Norway, drummer Dag Magnus Narvesen lives in Berlin, where he is the leader of his own octet and, among other musical activities, collaborates with Alexander Von Schlippenbach, a legend of the European jazz avant-garde. Brno-based saxophonist Radim Hanousek is a member of a number of jazz formations, but he is also involved in contemporary music in his own original project Dust in the Groove. In addition to his jazz activities, double bassist Marian Friedl is also known from the Moravian world music scene (for his album Beránci a vlci he won the 2017 Anděl Music Award).

The NOCZ quartet has existed since 2009, released 4 albums (the second of them with Iva Bitta), toured all over the Czech Republic and in many European countries (Germany, Poland, Slovakia, Hungary, Great Britain, Norway). For their latest album Sailor on dry Land (Hevhetia 2019), the quartet invited an experimental choir. Didrik Ingvaldsen was inspired to create this album by the poetry of Spanish surrealist poet Rafael Alberti (1902-1999).

Tomas Vtípil is a noise producer, film and stage music composer and performer. He often collaborates with various musical groups across musical genres (DG 307, Urband, [che]). He has already collaborated with the Terén platform on several projects - he created the music for Ján Sedal's performance I'll Fill My Dress with My Body and, together with Finnish perfomer Pasi Mäkelä, he has participated in the performances Rickey Mouse Fun House and Black Piece.