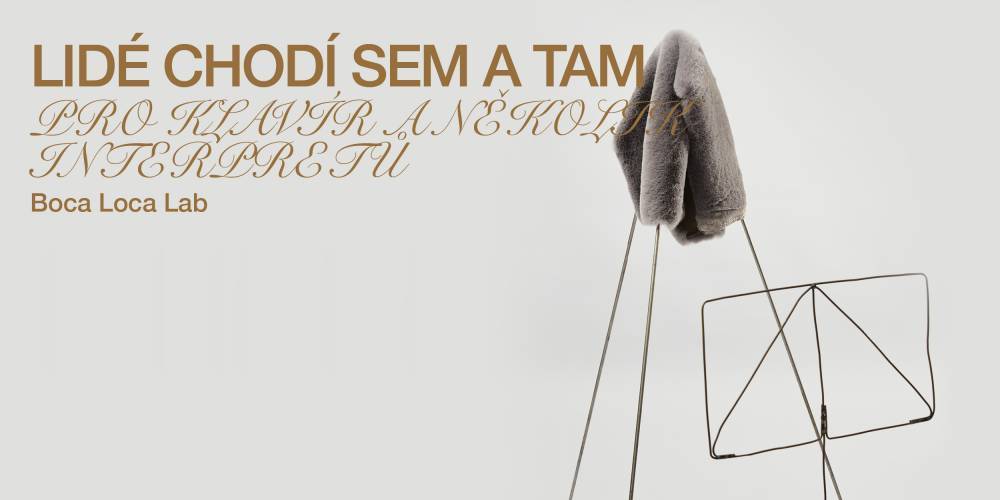 People Pacing Back and Forth

The concert grand piano stands on stage in excellent condition. The actors walk back and forth around the instrument, with no certainty that a single note will be heard. And they believe. As do the authors, fascinated by music's ability to transport us beyond concepts and meanings, where being is diluted or concentrated to the point of becoming noise.

Until recently, Jiří Austerlitz and his group Boca Loca Lab represented an almost unexplored genre of musical or acoustic theatre in the Czech Republic, based on a stream of sounds and words. Now he comes with an original performance in which perhaps not a single word is heard. He does not abandon his preoccupation with musicality and his sense of composition.

The designer Zuzana Sceranková enters the project with a wealth of fresh artistic inspirations in the form of the work of Franz Erhart Walter, Michael Borremans and Stefan Papčo. Her scenography is seemingly similar to the installations that one can encounter more often in galleries than in theatres. However, the gallery often lacks a piano.

The dramaturge Klára Hutečková, as she has done many times before, desires a performance in which one raised finger of one actor on the stage background points exactly where it should - and therefore there is no need to add anything else.

Ladislav Železný, the author of the music and sound design, indulged at the beginning in the idea that silence would completely displace his music this time. That's why he found a way to enter the process with his own sonic signature.